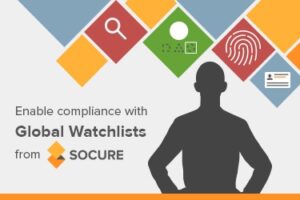 Watchlist checks have been improved, returning more relevant information to make meeting regulatory compliance guidelines easier with more robust data! Socure can be the single-source solution for KYC/CIP and AML Compliance solutions, with global watchlists checks for sanctions and enforcements in over 140 countries. Learn more in this blog.

As ID+ version 2.5 was rolled out, Socure released a new watchlist capability, to aid organizations who require checks against known entities that are precluded from participating in the banking systems, such as those covered under the various lists of sanctions and enforcements maintained by governments and municipalities around the world.

These lists are used to keep out known ‘bad actors’ to meet regulations in the US and other territories to cover things such as Anti-Money Laundering (AML) compliance.  In the past, Socure included checks against some of the mandatory US watchlists, such as the US Office of Foreign Asset Controls (OFAC). With the release of version 2.5, this capability was greatly expanded to be more global in coverage and broader in scope, covering not just the US OFAC lists but also 1200 global lists that cover sanctions and enforcements lists, terrorist and arms dealer lists, AML lists, PEP lists, and Adverse Media lists.

Socure ID+ has addressed this with the introduction of three tiers of increasing watchlist coverage: Now available in the July 2016 release of ID+ version 2.5, the watchlist response has been expanded to provide more information to the requestor. If an identity is matched to a watchlist, ID+ will return the name of the watchlists matched, as well as a score indicating the strength of that match. In addition, data elements that were a match (e.g, DOB, SSN, Name) and data on the type of offense (if provided) will also be returned.

It’s important to note that even clients who don’t perform Know Your Customer (KYC) checks can subscribe to and use any of the 3 tiers of watchlist checks. Watchlist checks are an optional service of ID+, and are provided at an additional charge – contact your representative or salesinfo@socure.com for more information. 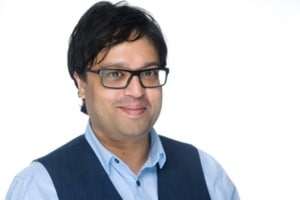 Sunil is the founder and Chief Strategy Officer of Socure, the leader in real-time online identity verification solutions, a start-up company based in New York City. Sunil is a serial entrepreneur, with several successful exits through IPO and acquisition. A security architect by profession, he has spent over 20 years innovating solutions in security and risk management with a focus on identity and access management. At Socure, Sunil leads an experienced team that is working to bring trust to identity. Sunil holds a MS degree in MIS from Glasgow Caledonian University and a BS with Honors in Computer Science from Strathclyde University in the UK. 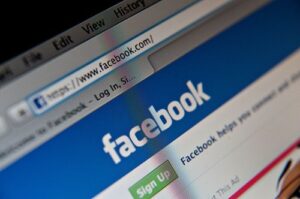 The Future of Social Data as Authentication

Reacting to the kerfuffle between Admiral UK Insurance and Facebook, Socure...