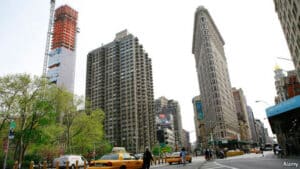 The NYC Startup Environment: A Jury From Formal to Informal

Home Blog The NYC Startup Environment: A Jury From Formal to Informal

Christian Ring-Knudsen, who worked for Socure as an intern this past summer, talks about the experience.  From taking part in the Work-Bench Community, to dealing with the unique challenges of start-up life, it was a challenge for a classically-banking-trained European.  Christian took to the task with zeal, and made a positive impact on Socure!

Up until June this year I was working for one of the largest Danish financial institutions as an operation analyst. Working under the Chief IT Officer, I was deeply embedded in the working culture surrounding the banking industry. This means my choices for work attire were wide open: I could were any color tie I wished (within reason). There, I rarely wondered if the startup environment would suit me better or if I would fare better in a less formal environment.

I left the company in order to take part in a highly competitive summer program in cooperation with Columbia University and, for my part, the fast growing NYC based digital identity verification company Socure, that is located in the center of Silicon Alley.  Socure is in the startup ecosystem of an incubator/accelerator called Work-Bench, at the heart of the NYC Enterprise Technology scene.

My intention with spending the summer in New York City was to learn about its fast-growing FinTech industry. I had no idea what to expect prior to my arrival, but I had definitely not expected to become an integrated part of the Socure Team and the Work-Bench environment, while gaining tremendous knowledge on the dynamics dominating Wall Street from classes at Columbia.

My first day at the Socure office close to Union Square was indeed an introduction to a completely new world where formality was replaced with informality, and working hours for the most people didn’t start before 9:30 am which indeed is in contrast to my usual working hours starting at 7:30

am. The Work-Bench environment, isn’t just like any traditional office; it’s an accelerator for enterprise technology startups surrounded by a fundamental community. By looking at Work-Bench’s track records it is rather impressive to see, and for me to experience, what the right people in the right environment with the right motivation can accomplish in a very short time.

I quickly became comfortable in the informal environment, and even started wearing shorts on Fridays. The informality is a huge part of the office spirit which makes room for many different experiences. It was not uncommon to hear people laugh uncontrollably, play ping-pong after lunch, or even play a lets-fly-a-drone-around-the-office-game. I saw people working crazy new ideas in one conference room while a board meeting was ongoing the conference room right next to, meaning that the room was packed with investors and partners. The diversity at Socure and in the Work-Bench environment was enormous and I was sure the next day always would bring some kind of surprise.

Within the first week of interning at Socure I realized how I had brought with me my formal mindset and level of expectation from my previous job. That was maybe a naive uncourteous choice as I thereby expected well established procedures and complete operation patterns. I guess I can blame my inexperience with startup businesses, but nonetheless I was completely wrong. At Socure, and in many other startups, the development of procedures and habits is under constant revision as there is no right way to do things. This was initially frustrating to me but it shown to be one of the key advantages of a startup as it makes room for people to work at whatever is most urgent in the way they find most appropriate. The indented lack of how-to behave expectations to the employee in combination with huge responsibly makes room for creativity and innovation which I haven’t seen anywhere else, not even in a university context.

The last six weeks of working as a part of the Socure Team has changed the way I approach uncertainties, solve problems, and handle pressure – all to the better! I have been convinced that the very nature of the culture underlying startups is unique something many large corporations can learn from. I’m aware that this is not the first blog post to proclaim the advantages of the startup environment as there seems to be a common understanding among people working in the environment that they should promote the “startupper” lifestyle. I have always found it kind of meaningless, but trust me – I will now take part in the promotion! 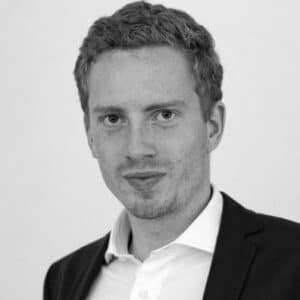 The NYC Startup Environment: A Jury From Formal...

Christian Ring-Knudsen, who worked for Socure as an intern this past summer,...