Stimulus Dollars and Mail Theft in the Age of Digital Banking

Late last week, it was reported by multiple news outlets that the Senate is focused on crafting a broad stimulus plan to combat economic damage from the spread of COVID-19. While the plan has a range of levers, one stands out as particularly interesting for the average consumer: direct cash payments from the government to Americans that file taxes. According to the New York Times, despite political wrangling over the weekend, there is now bipartisan consensus on sending “$1,200 government payments to those earning up to $75,000 a year, with an additional $500 per child, with smaller checks for those earning more and an upper eligibility limit of $99,000 in income.”

So how will funds be disbursed and how could bad actors take advantage? Well, because checks are going to so many Americans, not just select enrollees in government programs (who would be more likely to leverage direct deposit), presumably a significant number of individuals would receive a physical check by mail. With potentially tens, and perhaps even hundreds of billions of dollars sitting in mailboxes across the country soon, that could touch off a range of opportunities to commit mail theft and subsequently fraud in a digital environment.

The reality is that online fraud can and will happen as a result of the stimulus plan. Fraudsters will obtain physical checks, create fraudulent digital accounts, deposit the checks, liquidate as soon as possible, and then disappear. Of note, in 2017, Experian reported that only 5% of fraud was initiated by mail, and the average loss that year was $429. Based on the prospective stimulus package alone, those figures are at risk of increasing sharply.

As digital banks seek to safeguard against these and other malicious schemes, it is critical they run robust KYC and other fraud checks on their new customers. While they will be protecting the integrity of the business, they can also proactively shut out bad actors, protect tax dollars, and, ultimately, preserve financial lifelines for many Americans.

To speak with a Socure representative about KYC and our full site of identity verification solutions, please click here. 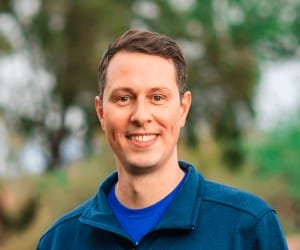