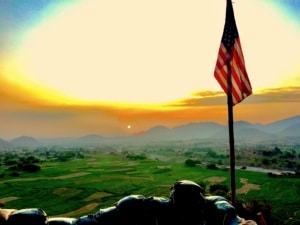 A Socure Tribute to Those Who Serve

Home Blog A Socure Tribute to Those Who Serve

Today is a day when we reflect on those who served our nation and honor those who’ve sacrificed and continue to do so on behalf of our country. I’d like to take a moment to honor the service of one of our teammates at Socure. A few weeks ago, Tyler volunteered sit for an interview for my daughter’s middle school veterans project and tell his story. My 13-year-old daughter Mikalena and I pulled this content together from her interview with Tyler.

For eight years, Tyler Hess lived an interesting double life. He worked as a full-time employee at a tech start up while serving as a reservist in the Colorado Army National Guard. His life took a dramatic turn when he stumbled across an unusual opportunity.

“It’s actually a weird and fascinating example of how the internet has changed our lives. I was poking through online training courses when I stumbled on this webform that let me choose where I wanted to be assigned. I thought special operations sounded cool so I submitted it and forgot about it to be completely honest. Two weeks later I received a promotion letter and orders to report to my new unit,” Tyler said in his interview with my daughter.

His new role was to serve as a chemical, biological, radiological, and nuclear specialist (CBRN) in the 19th Special Forces Group. “That sounds like a cool job but it’s actually a bit of a joke in the Army,” said Tyler. “Fortunately, there hasn’t been a significant direct deployment of chemical weapons against the US or its allies in decades so my real job would be familiar to any startup junkie. My unstated responsibility was to figure out how I could make myself useful with whatever skills I brought to the table or could learn. As it turned out, I had a knack for technology and I was able to learn some forensics disciplines that have been pretty useful.”

Special operations are, not surprisingly, a higher level of commitment than a more conventional role in the National Guard. There, he was expected to maintain a high level of fitness and to take long leaves of absence from his civilian job to meet training requirements. “I’d spend two months in Europe on a training mission, then come home to find myself reporting to a new boss.” He shrugged and smiled. “Definitely not complaining. I worked at OnDeck at the time and the whole team was extremely supportive. Some weeks I’d be hustling to make quota, then two days later I’m 2,000 miles away practicing how to lift fingerprints off of a dismantled improvised explosive device (IED) or learning how to stop a massive hemorrhage.”

“Although I’d never set foot on the proving grounds in North Carolina and other places where America trains elite soldiers, I found myself spending days, weeks, and months as an average soldier surrounded by Green Berets, Army Rangers, and NSW. It was a humbling experience. I felt like the fuck-up younger brother even though some of these soldiers were younger than me…but I made the most of it.”

When his unit became eligible to deploy to Afghanistan, Tyler extended his enlistment so he could support the mission. “I was more excited about the adventure than anything.”

Tyler on the last leg of a weighted long distance movement. Probably fantasizing about pizza.

It was during the lead-up to his deployment that he first learned about the practicalities of identity verification in a war zone. In counter-insurgency operations as well as in business, verifying identity is an important and often difficult problem to solve. However, unlike in business, mistaking an identity during a military operation can be deadly. “The guy who’s launching rockets at U.S. installations or building bombs might wear the same clothing every day so ‘man in blue’ can be a useful description. Tattoos and scars are normally a helpful way to identify a person, but in many cultures they’re associated with criminality, and therefore rare.”

So what do you do when there is little to no identity infrastructure? You build it. Tyler describes an elaborate cat and mouse game between insurgent networks, terrorist organizations, outside regional influences, and ideological extremes. “It was in the Army where I first gained exposure to identity verification concepts like biometrics, signals intelligence, voice recognition, DNA collection, sim swaps, device fingerprinting, and observing communication networks to understand the structure of adversarial organizations and disrupt them.”

Although he describes most of his deployment as mundane office work performed in a hot, sweaty, and less than ideal setting, he has a few good stories from what he describes as his ‘fun-sized snickers’ experience of war. “I’m the last guy you really want to honor. Those guys and gals are too busy for comment and they carry with them experiences that are much more difficult to share with civilians back home. I met a guy who missed all ten of his son’s birthdays because of deployments. I felt the stinging silence when your fellow soldiers carry the remains of a fallen teammate onto the aircraft that will return him to his family. I’m grateful for these experiences and this chapter in my life.”

After returning from his tour of duty and separating from the military, Tyler joined Socure to help build our inside sales team and lay the groundwork for strong relationships with new customers. If you are a customer, partner, or prospect of Socure, it is quite possible you’ve already spoken with him. Tyler projects a calm, confident presence that listens carefully, works actively to understand your challenge, and proposes a solution that strives to solve your problem. Last year, Tyler was the top performer in the company opening new customer relationships, earning him a trip to Sales Club.  As I have watched Tyler at Socure, I firmly believe the discipline and excellence he displays on the job is rooted in his experience serving our country.

Socure’s offices will be open on this veteran’s day, but we’ll take a moment to appreciate the sacrifice made by the service members who can’t take the day off. “I try not to forget that while I’m enjoying the tech life here in New York, there’s a 19-year-old private sitting under a foot of snow in a remote observation post on the other side of the world. He showed up to work today, so I’ve got no excuse.”

Tyler, (and all other veterans), thank you for your service. You make us all better people. 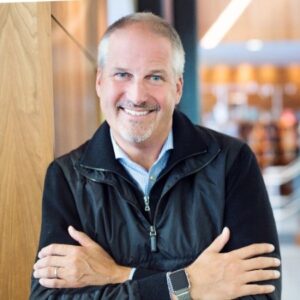 Tom is an executive leader with decades of experience at public and private technology companies that have defined or redefined markets in social, mobile, predictive analytics, digital identity, cloud analytics and security. He has a wealth of CEO and Board of Director experience in venture backed and publicly traded companies. Tom prides himself on leading from the front and helping clients to change their business model by providing innovative software that leverages machine learning and data science. Business experience spans six continents with high tech leaders based in Silicon Valley, New York City and around the globe.

The first-ever virtual global MoneyFest from the Money 20/20 team was... 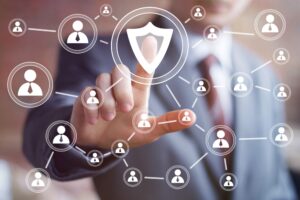 Last week was very exciting at Socure as we announced our...

A Socure Tribute to Those Who Serve

Today is a day when we reflect on those who served...